This is the 141 pages manual for allen heath 24 series mixer schematics.
Read or download the pdf for free. If you want to contribute, please mail your pdfs to info@audioservicemanuals.com. 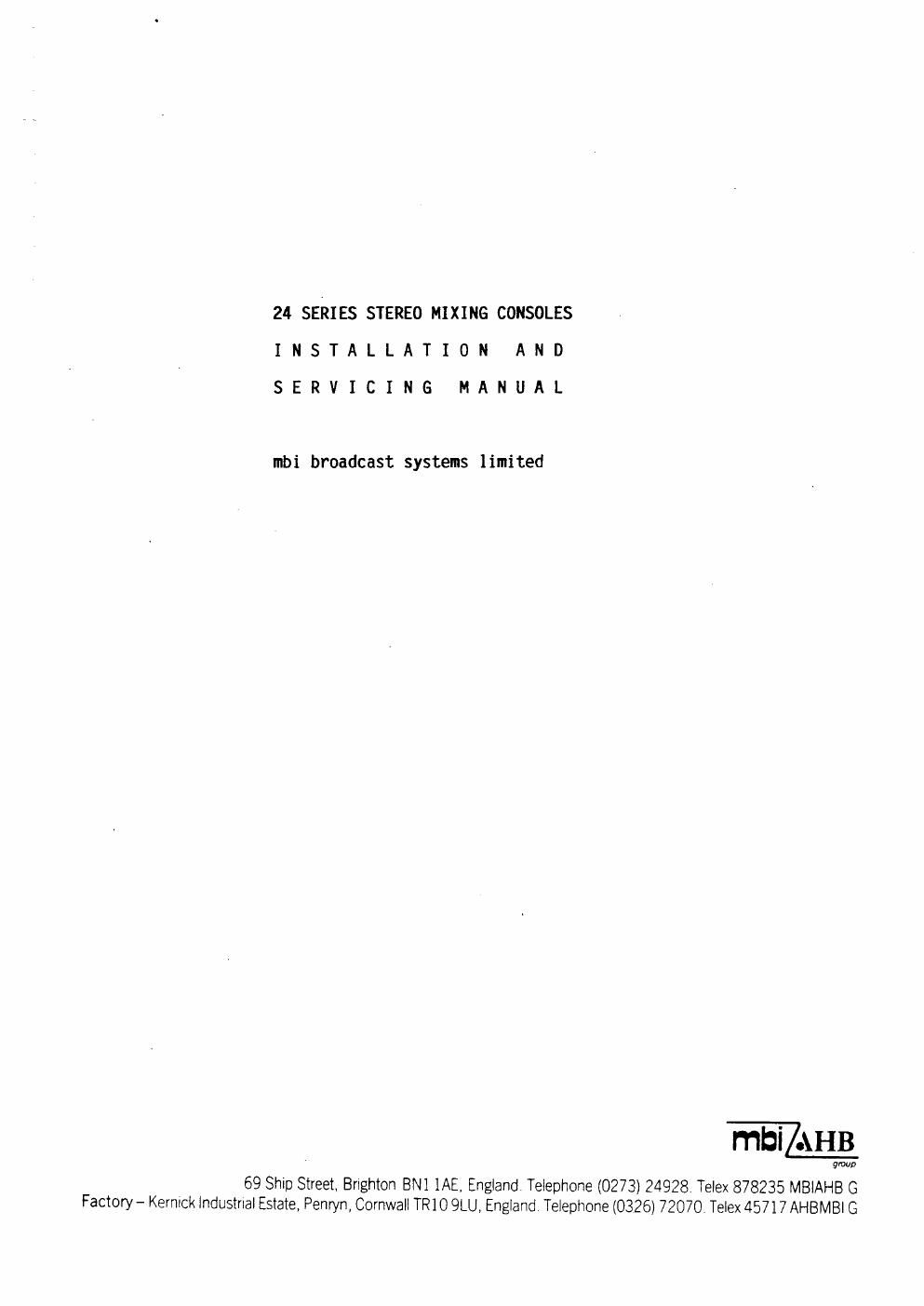 The M81 24 Series is designed for full stereo operation throughout, using
completely modular, plug-in units. It is supplied with the compliment of units
and particular operational configuration initially specified by the customer.
However, inbuilt features of the console, in conjunction with the modular
construction of its functional units, enable different configurations to be
easily achieved on site. Also, if the console is not initially fitted with a
full compliment of available unit modules, or additional facilities are
required later, extra modules may be added either in the existing frame or in
an additional add- -on frame.

This manual therefore describes the full range of different plug-in modules
available. This, in conjunction with the detailed description of the basic
console main frame and extension units, will provide all the information
necessary for the correct installation and maintenance of the equipment.

The 24 Series plug-in modules are so designed that they can be plugged
directly into a Series 24A console without any mainframe re-wiring. This is
to allow updating of Series 24A modules to 24 Series modules in the future if
required. However, it must be noted that 24A modules cannot be mixed with
24B/P type modules and function correctly.

The 24 Series 'P' type modules are designed to form a console with up to four
stereo groups and four mono (or two mono and one stereo) auxilliary outputs.
Its main function is for use in production studios for the making of
commercials or plays, etc. However, it can also be used as a main control
desk for routing programmes through. This manual has been written
specifically for this type of console.

The 24 Series 'B' type modules are designed for self-op studios. The pcb's
are the same as those used in the 'P' type modules except that group routing
switches, phase reverse and other controls not associated with a self-op
console have not been fitted. The modules are fitted as standard with two
mono and one stereo auxilliary outputs. For ease of description, only the 'P'
version of the modules have been covered by this manual as they are the most
sophisticated. Changes for 'BI type modules are listed with the 'P' version
of the circuit diagrams.

MBI Broadcast Systems Limited reserves the right to modify any specification
or drawing in this manual without notice.