This is the 113 pages manual for Akai X 360 Service Manual.
Read or download the pdf for free. If you want to contribute, please mail your pdfs to info@audioservicemanuals.com. 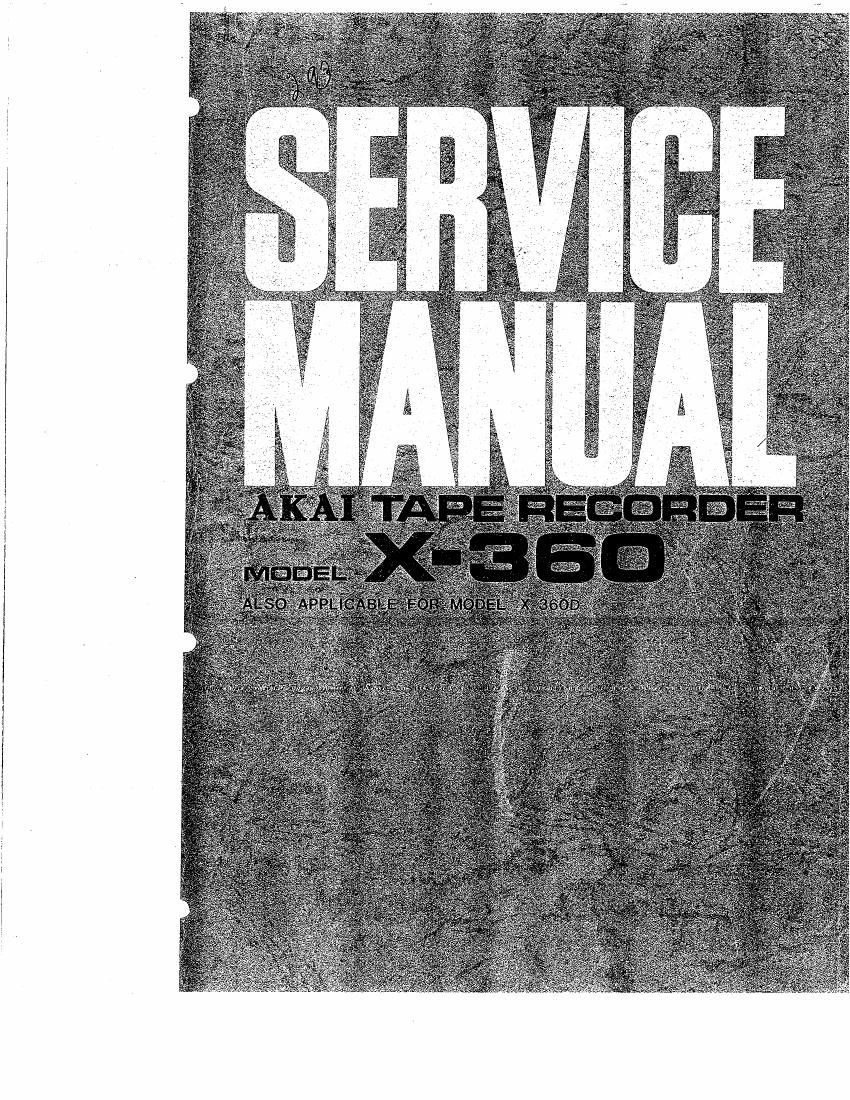 Since adjustment of the Heads critically affects tape
recorder performance, it is essential that Heads be
carefully adjusted with precision measuring equipment
and a suitable recorded tape.

1.] Adjustment of Head Height (See Figlres l and 2)
Whenever replacing the Head Assembly, adjust the
Tape Guides (J) and (K) so that they do not contact
the edge of the tape, then proceed with Head
height adjustment.

In adjusting Head Height, make sure that the
front of the Head is at right angles to the
Chassis and that the upper and lower part of
the Head firmly contact the tape.

2) Recording Head
Connect an Audio Oscillator to the line input
jack and record 16 KHz Signals at a —10db
recording level and depress the Monitor “TAPE”
Button. Adjust Screw (t) (Figure 1) so that the
indicated V.T.V.M. value applied to the line
output jack is maximum.

3) Erasing Head
Visually check to assure that the centerline of
the Erasing Head, is at right angles to the Head
Chassis.

HEADPHONE CONNECTION BOARD
(X-360D only)