This is the 56 pages manual for Akai AM 2450 Service Manual.
Read or download the pdf for free. If you want to contribute, please mail your pdfs to info@audioservicemanuals.com. 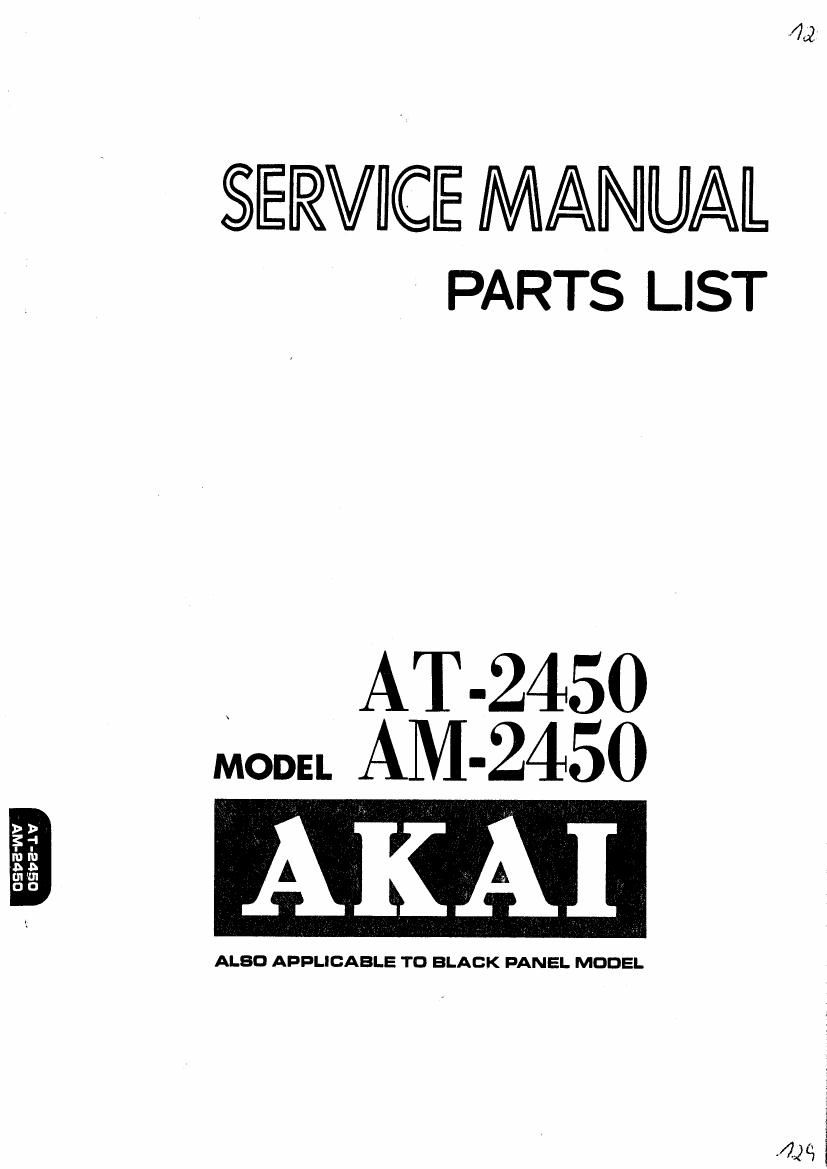 The Quadrature Detection Circuit is comprised of a
Phase Circuit, a Multiplier Circuit and a Low Pass Filter
(L.P.F.) as shown in Fig. 7.

There are two types of Phase Circuits, the Single tuning
type shown in Fig 8 and the Double tuning type shown
in Fig. 9. However, because with the double tuning type
there is less frequency deviation in relation to carrier
frequency, linearity is improved as shown in Fig. 10 and
phase distortion is reduced, this type of phase circuit is
employed in the AT-2450.

Input signal 51 is divided into the part which enters the
direct multiplier circuit and the part which passes the
phase circuit and enters the multiplier circuit. The signal
supplied to the phase circuit is always 90° phase delayed
at Ll. Also because at Non‘modulation time, L2 is tuned
to 10.7 MHz, if modulation is applied and $1 is changed
from 10.7 MHz, phase deviation at L2 will take place
proportionately in relation to this change part and this
becomes 82 signal which is delayed in relation to SI.

At Non-modulation, because as shown in Fig. 11, the
input signal 81 and 90° phase delayed (by means of L1)
signal 82 are switched by means of the multiplier circuit,
the output signal becomes 53.

Because this S3 passes the low pas filter and becomes S4
ﬁxed direct current, the detector output is zero. Then,
when modulation is applied, because the switched
output is varied according to the degree of modulation,
and the output which passed the lowe pass ﬁlter
becomes the pulsating current part as shown in Fig. 12,
detector output is obtained.

Please note, however, thét certain models are not equipped with this system and has a built-in AC (mains) cord as

panel
a
0
Picture 1
AC INLET
to be
installed