This is the 22 pages manual for Advent 201 tape sm.
Read or download the pdf for free. If you want to contribute, please mail your pdfs to info@audioservicemanuals.com. 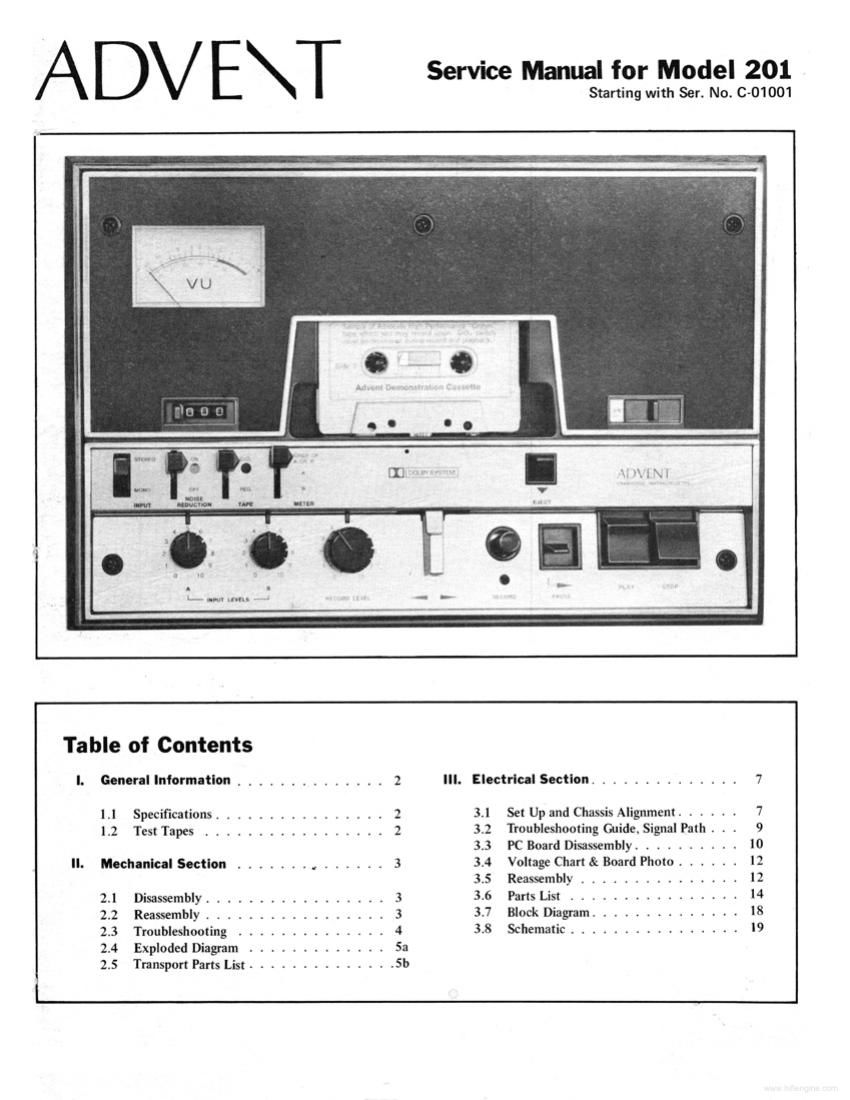 End of Tape Shut Off: Fully automatic. Disengages
pinch roller and heads from

Tape dependent. Distortion
in the electronics is typically
less than 0.l% up to and
beyond tape saturation.

'A Word About Frequency Response

Better than 54 (ill with
Crolyn tape

Better than 48 dB with
Regular tape

If you ‘re wondering how it‘s possible to record music when
wide band response is possible only at such low levels. rest at ease.
Music is not ﬂat. Because there are no musical fundamentals above
approximately d kHz (and those at that frequency are rare). the
only information above that frequency is composed of musical
harmonics or overtones so that the energy in music above 4 kHz
decreases dramatically. Were this not so. the equalization so
necessary to not only tape recording, but discs and I’M as well.
would not be possible. And for those few pieces of music that
do cause saturation when recorded normally. the solution it to
record at a lower level.

manual. The source for these tapes is Philips.

Probably the one tape that every service department should have.

These tapes are useful only ifyou have a ﬂutter

This can be used for checking speed without a drift (speed) meter.
Oflimited use for servicing although it can double as an azimuth