This is the 16 pages manual for Adcom GPF 555 II Owners Manual.
Read or download the pdf below. If you want to contribute, please mail your pdfs to info@audioservicemanuals.com. 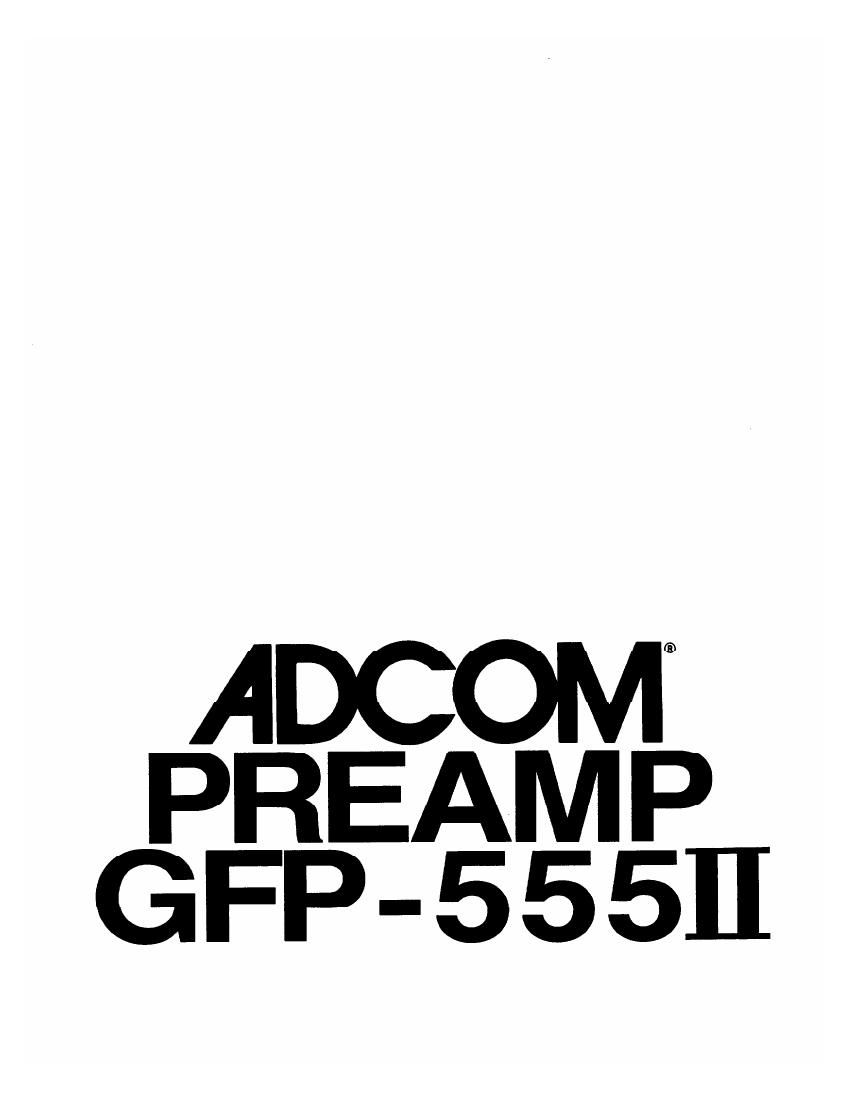 The GFP—55511's power cord is supplied with a “polarized" AC plug as required by UL/CSA standards and local
electrical codes, To minimize the risk of electrical shock, and to insure minimal hum from the system, do not
defeat the polarity-insuring leature of the plug (one wide blade and one narrow blade). To prevent electrical

shock, do not use this polarized plug with an extension cord or receptacle, or other outlet, unless the blades can
he flllly inserted to pmvent blade exposure-

Please refer to the diagram of the from panel or the (EFF-55511 to identify all the controls and their functions,

The “rockef' AC on/oft switch w controls power to the circuits of the GFP—555ll and to the SWlTCHED G outlets on the
rear panel oi the GFP—5551l. Whenever the GFP~55511 is energized. the red LED 9 will glow. Push the top of the rocker
switch to energize the GFPSSSH. Push the bottom of the rocker switch to turn the unit off.

The headphone jack is a standard, 1/4-inch, S-contact type which will operate with any conventional set of stereo
headphones It ynll have a get at light-weight stereo headphones, which are generally supplied with a mini—phonoplug,
you may use a stereo phoneplug-to-miniplug adaptor,

The PHONES jack is powered by its own high-quality stereo amplifier, the level from which is governed by the setting
of the volume control . The ampliﬁer driving the PHONES Q jack has been optimized to operate with headphones
having an impedance of 100 ohms up to 2,000 ohms. Although the PHONES @ jack and its internal ampliﬁer will operate

with other headphone impedances, maximum quality will be obtained if headphones with an impedance of approximately
600 ohms are used.

Since the volume a control, BASS @ , TREBLE 9 CONTOUR @, TONE IN ®,elc. sheet the level lrom both
the MAIN OUTPUT G jacks and the PHONES a jack, it is advisable to unplug any set of headphones
connected to the PHONES Q jack whenever they are not in use and you are listening to your speakers.
Conversely, if you are listening to your headphones. it is recommended that you turn off your power amplifier lo

deactivate your loudSpeakers. thereby preventing possible interference between the two listening modes or
inadvertent damage to either.