This is the 6 pages manual for Accuphase P 300 V Brochure.
Read or download the pdf for free. If you want to contribute, please mail your pdfs to info@audioservicemanuals.com. 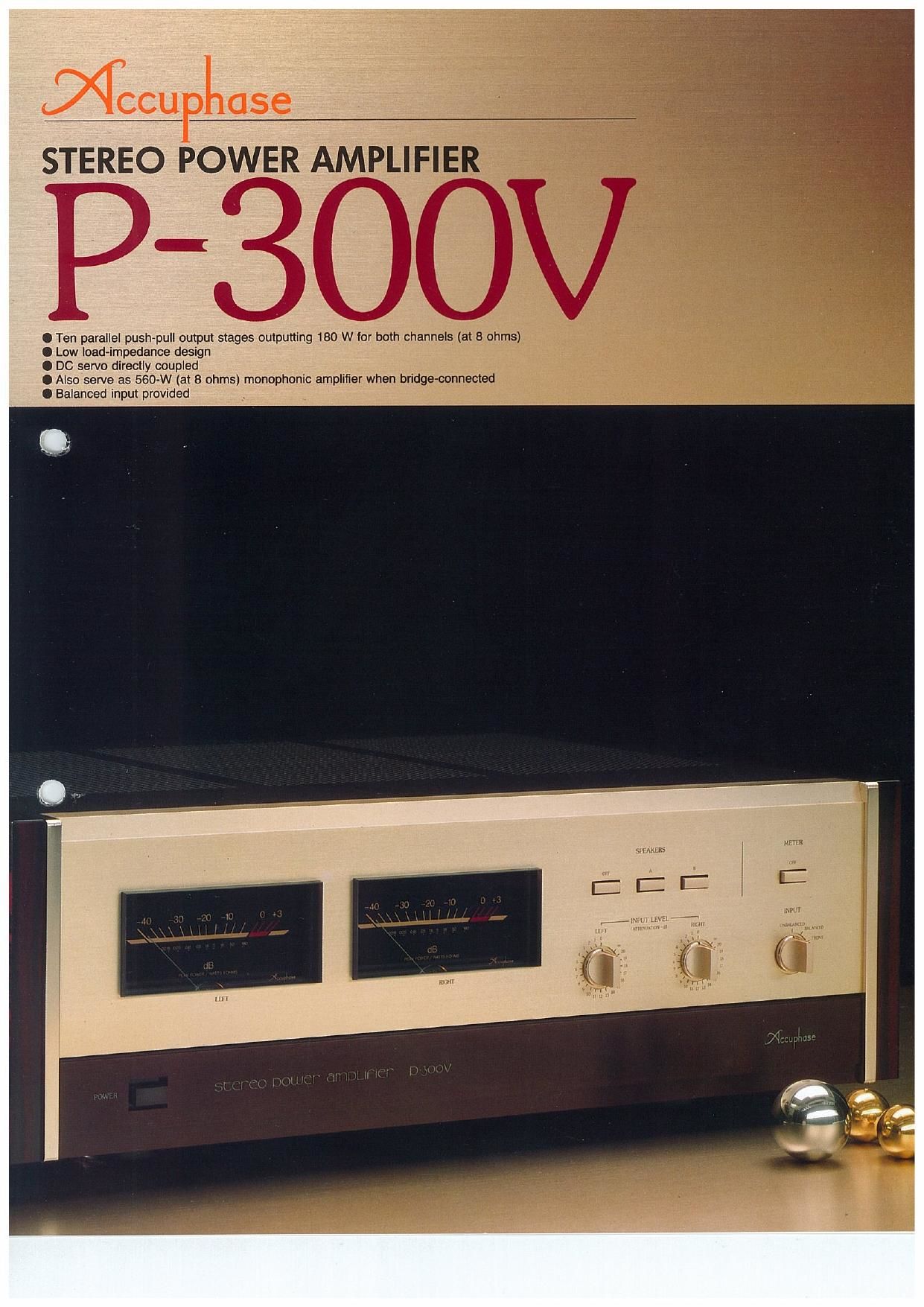 The first models introduced by Accuphase
in August 1973 after the founding of the
company were the power amplifier P-300
and the preamplifier 0200‘ Having under—
gone three model changes. these compo—
nents are still being built today. They are
regarded as the foremost products in the
category of separate amplifiers and have
received awards too numerous to mention.
For well over ten years, many audiophiles
all over the world have made these prod-
ucts their superior choice, a feat that hardly
any other amplifier can lay claim to. An
important reason for this popularity is the

The all—stage push-pull configuration de-
veloped by Accuphase traditionally forms
the base of all our amplifiers, Cascode
connection is realized up to the drive

stage, for outstanding high-frequency per-
formance. The overall characteristics of
this amplifier assure sound reproduction of
the highest order. The drive stage operates
in class A, and MOS FETs are used as
drivers in the output stage. for impeccable
resolution of the musically important low-
level signals.

In the age of digital program sources, an
amplifier must be able to provide a speaker
drive signal that faithfully duplicates even
extreme changes in the input waveform It
is a well known fact that a loudspeaker is
not just a resistive but also a reactive load,